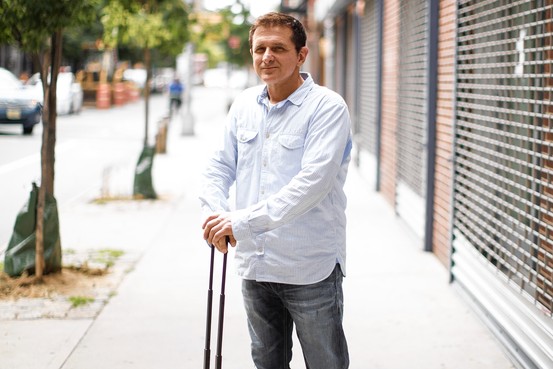 Erik Blauberg with his Rimowa hard rolling suitcase on a street in Manhattan’s Lower East Side. Ramsay de Give for The Wall Street Journal

When chef Erik Blauberg leads groups of travelers on luxury, food-based vacations, his bag holds a mix of kitchen tools and be-prepared-for-anything gadgets. 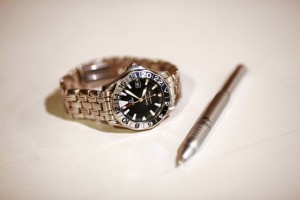 “No matter how much money you have, you’re not going to know about these places,” said Mr. Blauberg.

Trips to Northern and Southern Italy, Spain, France and New Zealand are planned for 2015 and early 2016.

Itineraries involve fast-paced travel from region to region via a small bus, Mr. Blauberg said. So he brings a small Rimowa hard rolling suitcase that holds a laptop, an iPad Mini, a change of clothes, a lightweight rain jacket and, if the day’s activities include a cooking class, a couple of chef’s jackets.

But whether he is truffle hunting in Italy or visiting a pig farm in Seville, Spain, his Pacsafe backpack, with a wire-mesh interior to prevent thieves from slashing open the bag, is nearby. “It goes with me everywhere I go,” he said.

The backpack is filled with his must-have items, like a roll of kitchen knives that includes U.S.-based Kramer Knives, as well some crafted in Germany and Japan. 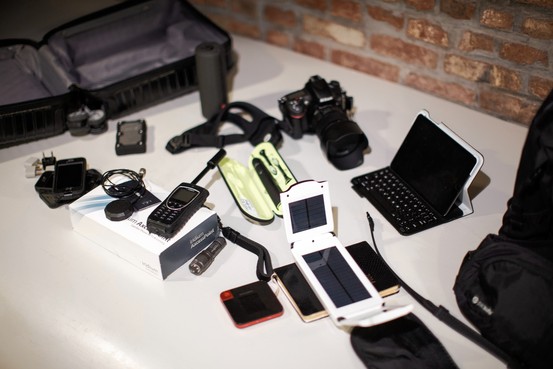 He also carries a solar charger, placing it on the bus dashboard to charge his various devices, including three iPhones and his black Sonicare DiamondClean electric toothbrush. Brushing his teeth throughout the day is a necessity when he spends so much time tasting food and wine, he said.

Throughout the trips, he shoots photographs on his Nikon D610 and a small Canon digital point-and-shoot. Mr. Blauberg and his travelers upload their photos to a shared digital dropbox.

Plug adapters Ramsay de Give for The Wall Street Journal

Mr. Blauberg also packs a Wi-Fi hot spot so he can keep up with any business from home using his laptop, iPhones and iPad; a second hot spot works with his satellite phone. “A lot of the places are in remote regions of the world,” Mr. Blauberg said, and he needs to be able to be in communication at all times. “It comes in very handy when you need to call ahead” to the next hotel or restaurant to make sure everything is ready.

It also has safety applications. Pushing the red SOS button on the phone alerts an evacuation service he subscribes to, which, if necessary, will send a helicopter.

Mr. Blauberg’s favorite item might be his Fisher Space Pen that allows him to write in various conditions, such as in a walk-in freezer. It can even write on paper stained    with grease from the kitchen, he said.